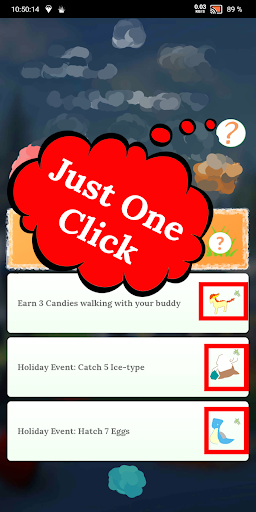 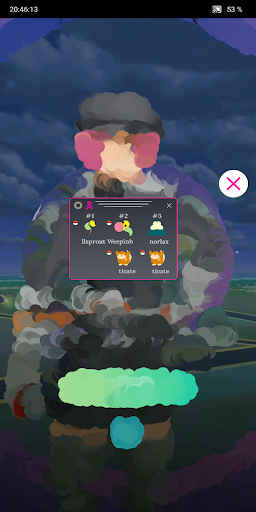 Quest Helper Go: Go Rocket/Keyboard/Auto-Battle 4.405_(2020.11.15) APK MOD Download – Pro for android DISCLAIMER:
Quest Helper Go is a third-party app made by fans and players of Pokémon Go and is not affiliated with the Pokémon brand, Niantic, Pokémon Go, or Nintendo.

This is a universal assistant for the game Pokémon Go on the implementation of any quests; battle with Go Rocket; renaming monsters; auto-battle; timers and more.

What can Quest Helper Go do?
– you can see the daily quest rewards available today;
– you can see the weekly reward for this month;
– you can see all the special research that has ever been available in the game;
– on the screen with Go Rocket, when you see the button – Battle, you can find out which Monsters they have. The Go Rocket Battle Assistant recommends the types of monsters you need to take into battle. You can click on the monster to find out with whom to beat it specifically. Some Go Rocket bosses need to be beaten by specific monsters in order to win.
– direct link to the site with game timers;
– keyboard for renaming monsters in one click from the clipboard. Use another app to copy IV monsters to your clipboard.

How does magic work with quests and Go Rocket? We take a screenshot of the game at your request and analyze it. We do not interfere in the code of the game itself and do not intercept server requests.

Battle Mode (Android 7.0+):
– In Battle Mode, you can start and end Auto-Battle with one quick click of a button;
– Auto-Battle means automatically tapping on the screen instead of you – once every 250-400ms in a random small space on the screen above the button in the form of swords.
P.S. The combat mode is intended for users with disabilities who themselves can not quickly click on the screen.
Known Issues landscape of Battle Mode: if the phone has a cutout on the screen and there is a slight shift, please flip the device 180 degrees.

The application uses artificial intelligence, which only works quickly on devices running Android 8.1 and higher. On earlier versions of devices, performance issues may be noticeable.

About optimization:
– On average, the system requires 512-1768MB of RAM. The amount of RAM depends on the screen resolution of your device and the version of Android;
– Pokemon Go requires more than 1GB of RAM to run;
– For the operation of our application, 256 MB of RAM is required.
If you do not have enough RAM, the application may cause problems with the performance of the device.
15.11
– Fixed bugs

Known Issues landscape of Battle Mode: if the phone has a cutout on the screen and there is a slight shift, please flip the device 180 degrees.
APP ID= com.frist008.pocketquest